Originally published in the Dunwoody Crier

I’m not one for making New Year’s resolutions.  Sure, there were all those years when I resolved not to gain the usual five pounds I put on every winter. That never worked. The good news is I managed to take the pounds off in the spring, though that challenge seems to get harder every year.

I’ve worked out regularly for ten years now, so I don’t need a resolution about exercise.  Yes, I could resolve to walk more frequently, but I know it won’t happen. Instead, I’m going to pat myself on the back for regularly visiting the the local gym to work out.

Maybe I should simply resolve to continue doing what I’ve been doing—resolve not to take anything for granted. It’s all too easy for things to fall by the wayside. For example, I try to write every day, but it takes an effort to pick back up after I return from vacation.  In that spirit, here are the things I’ll continue in the new year.

Write: Whether I’m editing or starting from scratch, writing daily is a must. I write for two weekly papers, different columns for each. I was already pleasantly busy, and then I took on a new challenge. This year, I wrote my first cozy mystery and plan to complete the first draft of book two by early January.  I expect book one to come out no later than February, and I hope to write a third in 2020 in what I’m calling my Dickens & Christie Mysteries. Hint: Dickens is a dog, and Christie is a cat.  I’ll leave it to you to figure out for whom they’re named.

Work out: I see a weekly session with my trainer as a necessity. I had to find a new gym and new trainer in 2019, and I’ve been delighted with Amir at the MJCCA. Many thanks to the Crier reader who recommended him. I miss my workout partner of ten+ years, but we manage to meet for lunch or coffee from time to time.

Happily, I also reconnected with Mary Sue, another friend with whom I took yoga class until our instructor retired two years ago. Because we’re both eligible for Silver Sneakers, and I knew she worked out at the MJCCA, I got in touch. Now we’re attending yoga classes and the occasional Pilates class together. Knowing we’re counting on each other to show up keeps us going.

Connect with friends: Make time for lunch and travel with girlfriends. I’m fortunate to have friends from all walks of life—high school, college, my teaching days, and my corporate days.  Add to those longtime friends the ones I’ve met in the Dunwoody community through yoga, writing, and my column, and I’m a lucky girl.

Read: It’s simple. Read at least two books a week, maybe more.  Of course, if I hadn’t taken up writing mysteries, I’d have more time to devote to this pastime.   Lately, I’ve gotten so caught up in my writing that I often go upstairs to my office in the evening to write instead of to bed with a book. Whereas reading was once my only passion, I’ve now added writing.

Carpe Diem: Make the most of every day. Enjoy day-to-day life with my husband and take pleasure in the simple things in life. Whether we’re eating a home-cooked meal, dining out, seeing a movie or a play, watching our favorite shows on television, or chuckling at the pets—we have much to be thankful for.

Perhaps the overarching resolution is to wake up every day saying “Life is good.” The rest will follow.


Find my books “The Ink Penn: Celebrating the Magic in the Everyday,” “Lord Banjo the Royal Pooch,” and "Coloring with Lord Banjo" on Amazon. Contact me at inkpenn119@gmail.com, and follow me on Facebook, www.facebook.com/KathyManosPennAuthor/.

Posted by Kathy Manos Penn at 7:00 AM No comments:

I suspect most of my readers would agree that Facebook can be a huge time-suck.  You vow to take a quick look, and before you know it, an hour has passed.  For me, that would be time much better spent reading a book, writing a column, or continuing to work on my next book.

Still, I can’t help myself, and I’ve found one big benefit to FaceBook beyond the delights of connecting with high school and college friends—discovering new books. We’ve all read about Facebook algorithms and how the munchkins that run the site choose what to show us. Well, the munchkins show me plenty of dog and cat videos and pics because I can’t resist clicking on those, but I also see tons of posts about books.
I stumbled across a British readers group called Book Connectors and through them have discovered all kinds of books I never would have heard of.  Most of these books are available only from Amazon, not from my local library, either because they’re written by British authors who haven’t made it big in the USA or they’re earlier titles in a series.

One thing leads to another, and because I often google these titles and wind up on Amazon, I’ve started getting FaceBook ads about other British books. And, of course, after checking Amazon, similar titles appear in my regular Amazon emails.  It’s never-ending.

I order most of these British books as e-books, and one series I enjoy is the Inspector Hilary Greene saga by author Faith Martin.  I’m on book five of seventeen and was addicted long before I made my visit to Oxford last year. Now I get a further kick out of recognizing towns and street names in this series set in an around Oxford.

I also downloaded book one in the Martha Gunn series by Priscilla Masters. The main character is a coroner who resides in Shrewsbury in the Cotswolds, and though I didn’t make it to that town when I was in England, I’m enjoying recognizing names of neighboring towns I did visit. The good news is that my library has some of the later books in this series, so after a few more Kindle downloads, I can switch to paper.

Another Kindle boxset I’m enjoying is the Beatrice Stubbs series.  I’d seen it mentioned in Book Connectors and then started getting ads about it.  The icing on the cake was when an author friend who lives in France recommended it. The Amazon description reads, “Beatrice Stubbs of Scotland Yard: detective inspector, metaphor mixer and stubborn survivor. Battling crime by day and her own demons by night, the question remains: justice or the law?”

As in all experiments, not all of the books I’ve tried have been winners.  I only made it through book one and part of book two in Rebecca Tope’s sixteen book Cotswold Mysteries series.  Despite the pleasantly familiar towns and settings, the plots didn’t grab me. Still, if there are sixteen books in the series, others must see something in them.

I’ve just realized that all of these books have strong female protagonists.  Lest you think me sexist in my reading habits, please be assured I’ve read plenty of mysteries with men as the lead characters.  The DCI Banks series by Peter Robinson come to mind. I’ve read all 25, in order of course, and am eagerly awaiting the next one.

Enquiring minds would like to know. Have you ever read a book because you saw it on Facebook? Let me know at inkpenn119@gmail.com.

Posted by Kathy Manos Penn at 9:18 AM No comments:

Email ThisBlogThis!Share to TwitterShare to FacebookShare to Pinterest
Labels: Reading/Writing but no 'rithmetic

Have you ever noticed the funny things people say?  I think my pet parents say the strangest things, and I  never have any idea what they mean. I wonder whether they do.

Let’s start with “burning the midnight oil.”  Who burns oil?  Turns out the phrase originated in the days when folks used oil lamps and staying up late to write or read meant keeping the oil lamp going.  I had a good laugh at one explanation that said the phrase isn’t used much by young people.  Ya think?

I don’t often tell Mum she’s wrong, but when I’m weary, I just flop down wherever I am and snooze.  I think she gets the message that this silly rule does not apply to me.

Dad is the one who says, “Loose lips sink ships.”  I’ve come to understand this is a reference to my lower lip, which droops a bit.  Mum and Dad think that’s why I sling dog food nuggets on the floor when I eat—sometimes just a few, often lots.  When Dad sees the nuggets, he always mentions sinking ships, but I don’t know why. Well, this is one saying for which they both knew the meaning: Careless talk “could” sink ships if the information fell into the wrong hands.  The phrase originated during WWII and could be found on posters in the US.

The words Mutt and Jeff came up when Mum shared the story of one of her childhood dogs.  Now I ask you, how many folks today know who Mutt and Jeff are?  I sure didn’t.  They were cartoon characters in a comic strip that ran from 1907 to 1982. Mutt was tall, and Jeff was short.  I’m pretty sure there aren’t many young people who know what the reference means either.
When Mum was a girl, her family had a small dog named Pudgy, and Pudgy had a Doberman pinscher friend named Franz, hence Mutt and Jeff.

Do your pet parents say funny things? Do you know what their sayings mean?  If my readers send me enough examples, I’ll write another column on the topic. For now, though, this weary dog plans to get some rest, no matter what Mum says.

Lord Banjo lives in Georgia with his Mum, Kathy Manos Penn. Find similar stories in his book, “Lord Banjo the Royal Pooch,” available on Amazon. Contact him at inkpenn119@gmail.com.

Posted by Kathy Manos Penn at 5:36 AM No comments: 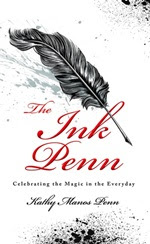 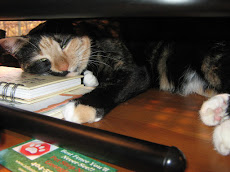